Kingchem’s unique business success was highlighted by events covered by the news media as the company celebrated its twentieth anniversary (1994-2014). One event, held in Shanghai, gathered 100 of Kingchem’s staff, customers, guests and friends in the city for CPhI week. Soon thereafter, over 200 participants gathered in the city of Fuxin, Liaoning, China (see photos below). In addition, The Fuxin municipal government also extended a congratulatory and informational exchange meeting between Kingchem and governmental authorities.

Three articles, and also television coverage, appeared as offshoots of the events. One article, appearing in a national journal of China, Science & Technology Daily (14 July 2014), recounted the story of Kingchem’s unique rise from a distributorship wrestling an old organic chemical plant into a current modern enterprise of manufacturing, R&D, commercial and logistics facilities on two continents (North America and Asia).

Two other articles appeared in the Fuxin Daily, the newspaper of Fuxin. A city of two million, Fuxin is located in Liaoning province, China, and is the home of Kingchem Liaoning Chemical Co., Ltd, one of the Kingchem family of companies.

One Fuxin Daily article (26 June 2014) noted Kingchem as a key driving force in the creation and development of the Fuxin Fluorochemical Industrial Park. The article also highlighted Kingchem Liaoning Chemical Company’s General Manger, Liu Guangsheng, as reporting on the successful merging of talent from the two continents as a prime reason for Kingchem’s strong growth. The conscientious oversight of Kingchem’s hiring practices by CEO Fumin (Stephen) Wang is cited as a further reason for the model’s success. General Manager Liu underscored the importance of Kingchem’s well-educated and talented staff by labelling it as Kingchem’s “strategic reserve.”

The second Fuxin Daily article (1 July 2014) reported on a meeting between Kingchem CEO Fumin (Stephen) Wang, Kingchem executives, the Mayor of the city of Fuxin, Zhonglin Yang, and Vice Mayor Donghai Jin. During the meeting, Mayor Yang congratulated Kingchem on its 20 years of success and noted Kingchem’s contribution to the area’s economy. Kingchem CEO Wang thanked the Fuxin municipal government for its support. Mr. Wang went on to say that Kingchem, a company headquartered in the U.S., will continue making its contribution to the area through continuous investments in research and development, and the further expansion of the company’s Fuxin chemical plant.

To read the articles discussed above, follow the below links: 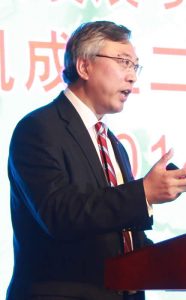 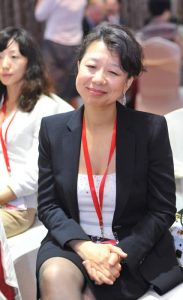 Above: Kingchem COO Lillian Wu enjoys the performances at the July 26th event. 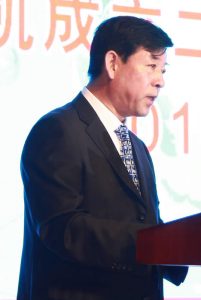 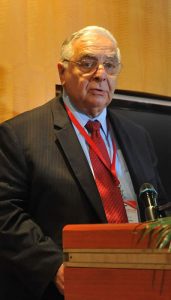 Above: Austin Bishop, Sr. VP Pharma Intermediates & Fine Chemicals, of Kingchem LLC, spoke of the history of Kingchem he has seen during his long tenure with the company. 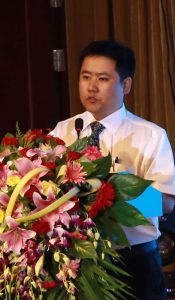 Above: Tiecheng Jia, Executive Vice Gereral Manager of Kingchem Liaoning Chemical Co., offered insights into the history of the plant to guests at the Fuxin gathering. 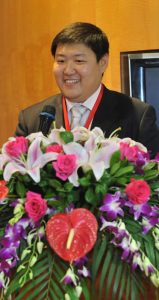 Above: Yuming Zhou, of the Shanghai Kinghcem LLC office, acted as the master of ceremonies for the Shanghai event. 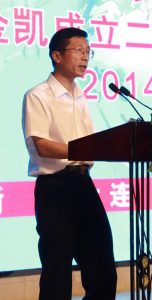 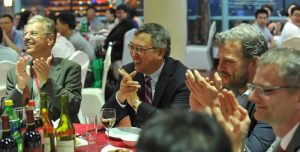 Above: Guests of the Shanghai event enjoy the entertainment. 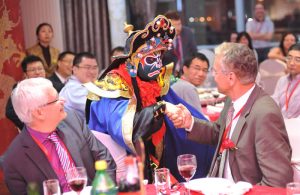 Above: The Bian Lian dancer (see below for more information) interacted with guests at the Shanghai dinner. 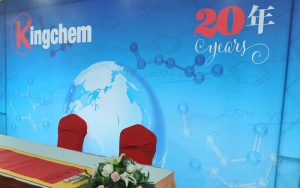 Above: The Shanghai reception area backdrop told the Kingchem story – A 20 year evolution into a Fine Chemical company of global reach.

Above: a Bian Lian dancer entertained the Shanghai event attendees. Bian Lian (literally: “Face-Changing”) is an ancient Chinese dramatic art that is from Sichuan opera. Brightly attired performers depict well known characters from the opera, move to dramatic quick music, and change faces almost instantaneously with the swipe of the hand or wave of a fan.

Above: The Gu Zheng (pronounced koo-cheng) is an ancient and distinguished Chinese instrument. It is usually played solo, and only rarely with an orchestra. A harpist entertained the audience at the Shanghai gathering.

Above: A magician entertained the crowd at the June 26th Shanghai event. 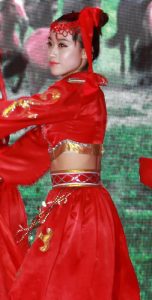 Above: Mongolian dance is known for its rich and diverse choreography. 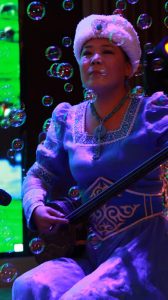 Above: The dance of Mongolia stems from various ethnic groups across the provinces of Mongolia.